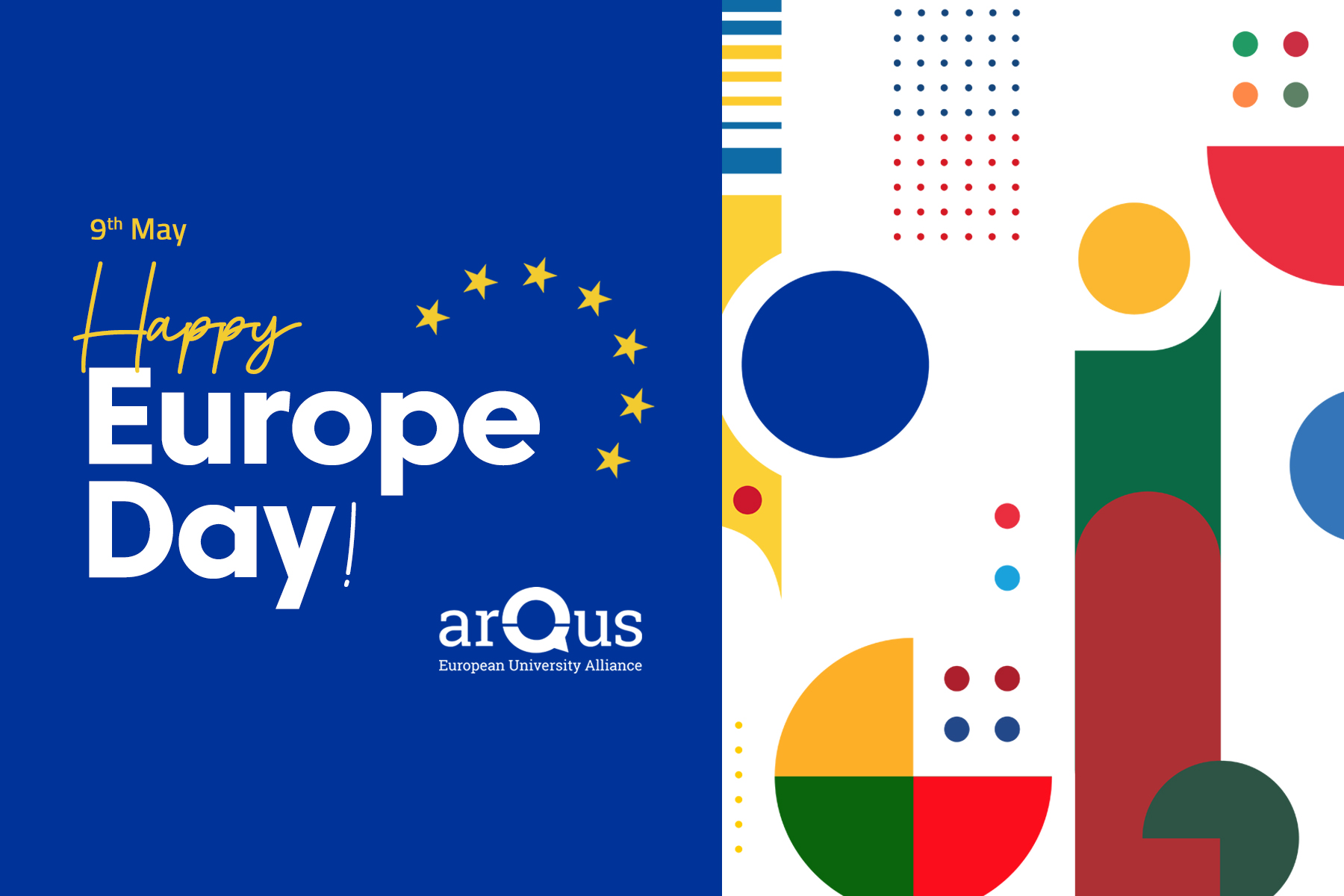 9th May is the Day of Europe, a day to celebrate the European Union and that, once upon a time, 71 years ago, Robert Schuman, the French Minister of Europe and Foreign Affairs at that time, gave a speech that would mean the beginning of Europe as we know it today.

To celebrate such an important date, and as culmination of the Arqus Academy Week hosted by Vilnius University (VU) during this week, a special socially-distanced performance has been realised by the art collectives at VU and their artistic directors, in collaboration with the VU organist Dr Vidas Pinkevičius. The VU’s wind band Oktava under the direction of Albinas Kučinskas and the folk ensemble Ratilio directed by Milda Ričkutė play in this video the anthem of the European Union to extend the Europe Day greetings from VU and from Arqus, to the world.

The greeting begins with the sounds of the birch trumpet (Lith. daudytė), a traditional Lithuanian wind instrument. The opening notes of the anthem of the European Union then ensue, performed by members of the folk ensemble Ratilio. This is followed by the anthem of the European Union performed by the VU’s wind band Oktava and featuring the organist Dr Vidas Pinkevičius. It is the first time in the VU’s history that the wind band, the folk ensemble and an organist have joined together for this kind of socially-distanced musical collaboration.

The VU’s wind band Oktava last met for a live rehearsal back in November 2020. The band’s artistic director, Mr Kučinskas, explained that rehearsing under quarantine conditions was difficult, but never stopped them: ‘Even though the band has not gathered for a live rehearsal for over half a year, we managed to record this collaborative performance to celebrate the Europe Day, featuring images and sounds from the homes of different students in almost all areas of Lithuania, in just over a week. The drive and enthusiasm of these students demonstrates, once again, the importance of playing music in our lives.’

On behalf of the Arqus European University Alliance, and as hosts of the Arqus Academy Week, the VU’s collectives and their artistic directors hope that this greeting will bring all members of Arqus communities even closer together in their pursuit of the ultimate goal of mutual cooperation and extend this hope for a truly European fraternity to all other universities and European University Alliances.

Let’s keep celebrating the Union of all Europeans under the same flag and goals.